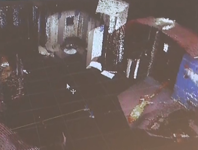 SLAM stands for Simultaneous Localization and Mapping. It focusses on automating movements in unknown environments. SLAM simultaneously works on locating the system in its environment (Localization) and the mapping of the environment (Mapping). The system builds a map of the area at the same time it moves through the environment, and determines the position of the system on the accumulated map. Different exploration strategies allow for building up the map in different manners.

A SLAM system for indoor applications is being developed. Using SLAM allows for moving through unknown environments, or environments where no GPS signals or only disturbed GPS signals are present. By using a combination of video images and depth information is possible to build a 3D model of an environment with a certain accuracy. This is useful for many applications, including for example: